A strange story appeared in the Evening Mail in January 1831.  Maybe it is something Charles Dickens read as there are certainly echoes of Oliver Twist about it, although the real Oliver Twist was said to be Robert Blincoe, a workhouse boy, whose memoir of his early life was published in 1832.  It is the latter part of the intriguing story that has comparisons with Dickens’s tale, which was published as a serial from 1837.

So here goes:  the previous December, ‘a young country lad dressed in a new blue smock frock’, hence my interest, was brought before the magistrates as he had been found wandering near Westminster Abbey, trying to find his uncle, a sawyer.  At that time, before the Westminster Improvement Schemes from 1845, there were notorious slums in the area.  In the medieval period, an open space, the Broad Sanctuary, was in front of the Abbey and along its west side ran the city wall and ditch with a gateway opposite the Abbey. Outside the city gate on the low-lying area along the line of Tothill Street, houses were built, which, because of their central position, became, over the centuries, the nucleus of some very close-packed development.

The area was so cramped that by the early years of the nineteenth century it had become one of the most squalid and overcrowded rookeries of London, including ‘several sinks of iniquity and vice’. The most notorious of these, around the Pye Street area, was known locally as ‘The Devil’s Acre’.  The boy was destitute and had only a small bundle with importantly a clean pair of stockings, a shirt and Bible, symbolising his respectability.  Without intervention, he was likely to have fallen into the underclass of the slums.

He was called Joseph Hopkins and he had been placed on a farm four miles from Liverpool.  His mother was dead and his father was a sailor, who had sailed for New York but had fallen overboard on his last voyage.  He was fourteen years old and his master had been obliged to get rid of his servants a few days previously, giving Hopkins 30 shillings.  He had used this to travel to London, staying overnight at Northampton and sharing a room with ‘Jew pedlar’ who had robbed him of his money. The landlord gave him a shilling and 6d to continue and he assisted a drover to get his meals and work his way to London.  His uncle lived in Pimlico which he had thought was a street rather than an area and so had got lost. As a country lad, in a smock frock, the magistrate advised him to go back to where he had come from.

Crying outside the court, after the magistrate had given him this advice, a gentleman began to question Hopkins and having found him a bed for the night also got him a position in a house in Blackfriars Road.  He worked well and was liked and trusted by the household, so he was soon handling sums of money.  He was sent to a butter shop in Blackfriars a few days before with a shilling but failed to return.

Suspicions as they were, he was thus thought to be an imposter, only after money and part of a gang set to rob the house with inside knowledge.  After he had disappeared another youth turned up at the house asking for work as he, somewhat surprisingly, understood there was a position vacant.  He was sent away and enquiries made after him at police stations but he had disappeared. 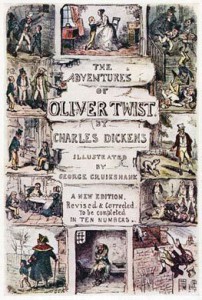 While this was going on, a letter had come from the parish where Hopkins had originally lived near Liverpool, confirming ‘contrary to every expectation’ that he had the ‘highest character for honesty and integrity’ and was praised by all the farmers in the neighbourhood.  The mystery as to his whereabouts then deepened, as he had left his Bible behind in the Blackfriars Road house and that was stated to be his greatest treasure.  It was thus thought that the boy had been abducted by ‘some diabolical villain’, who sent the other youth to ask about his position.  The mystery was passed over to L division of the police for investigation and I am not sure what happened next or if he remained a missing orphan sucked into the London underworld, something the magistrates had tried to prevent.

Just one tale from the contemporary London of Charles Dickens, but one of lost country orphans in the big city, kindly gentlemen and gangs of thieves and villains who would entice or abduct new children to their ranks.  It was a rich furrow to plough for an author such as Dickens and a world he knew well.